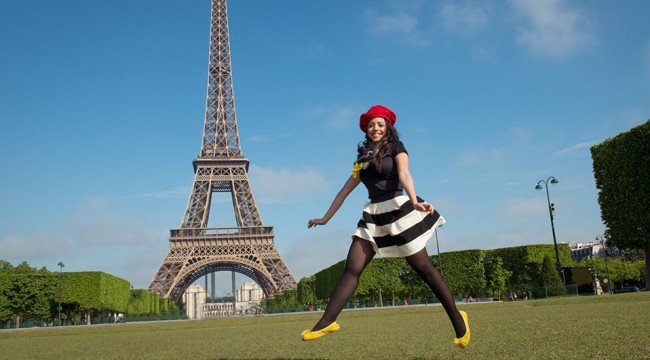 From our Vacation Photographer in Paris

It always makes our day when a client turns up for a photo shoot looking amazing. This was the case when American traveller Ragde turned up for her 15 minute session at the Eiffel Tower in Paris.

It was our second attempt – our first attempt was to do the photo shoot on Monday, which was probably the worst day in the history of Paris! It poured with rain, the wind picked up, and the session was cancelled. Luckily on the Wednesday, the sun came out and Paris showed herself as a city that really shines in the spring.

Ragde was looking beautiful in a French-inspired outfit, including a beautiful black and white striped skirt, sunshine-yellow shoes, and to top it all off, a red beret! We met early, to avoid the crowds, and the results were amazing. It looked like she had the whole of the Paris Champ de Mars to herself!

Being springtime, the garden arches close to the base of the Eiffel Tower were covered in red and yellow roses, which also looked really beautiful in the photos, and tied in to Ragde’s Parisian outfit.

Ragde is a mother, and you can just tell these photos are going to be treasured by her children for years to come. Who wouldn’t treasure a photo of their beautiful mother, looking so lovely in Paris in the spring?

Thanks so much to Ragde for allowing us to share these beautiful images. We hope they inspire you to visit Paris in the springtime! 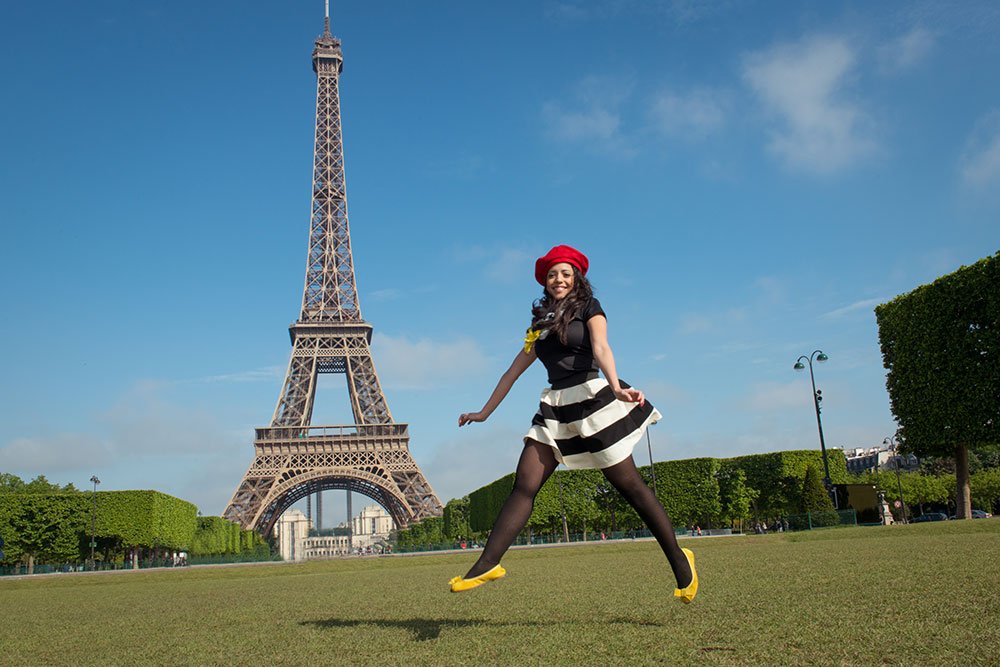 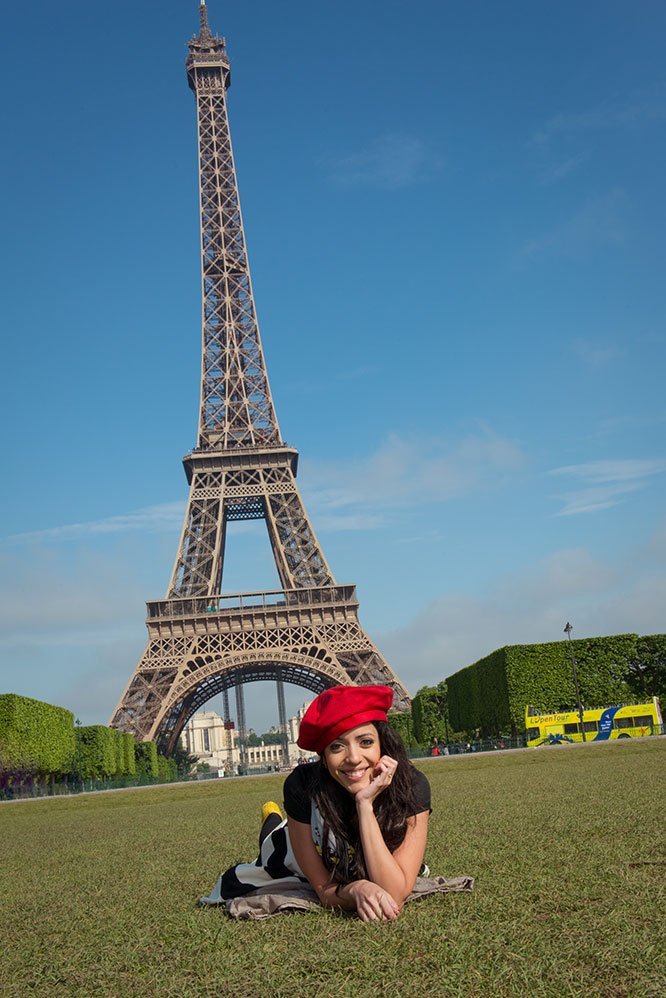 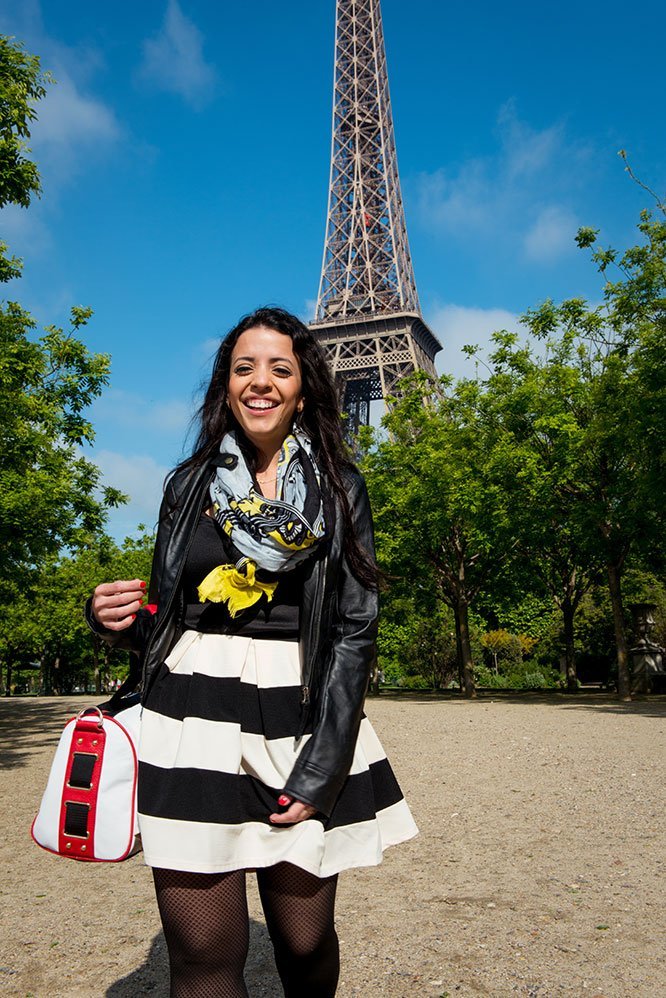 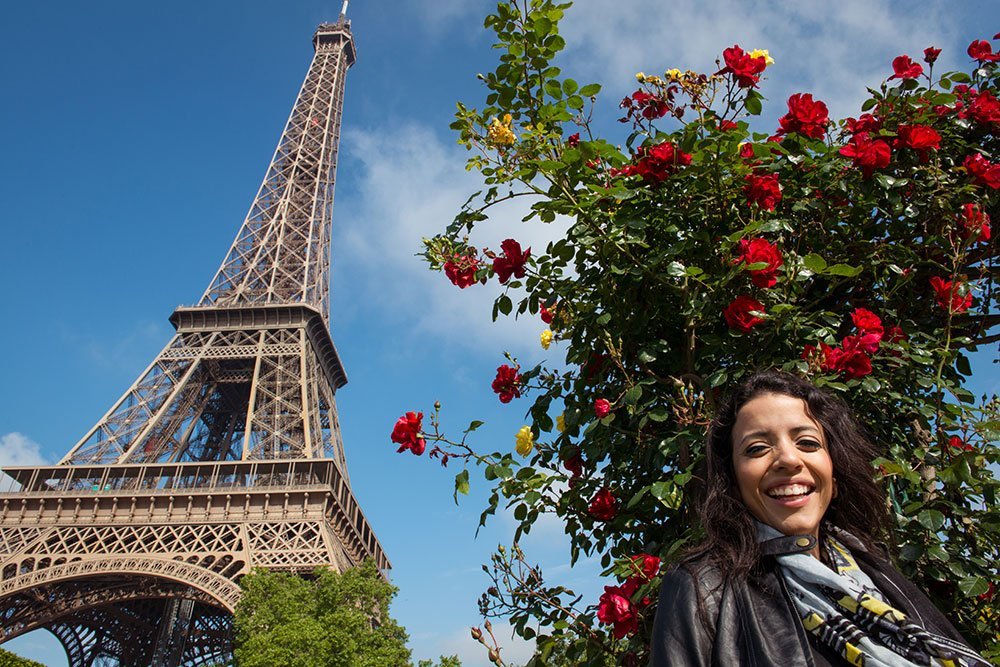 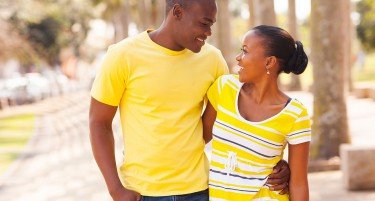 Looking for some ways to feel authentically French while you're on vacation? Here's our big list of things to do in Paris...