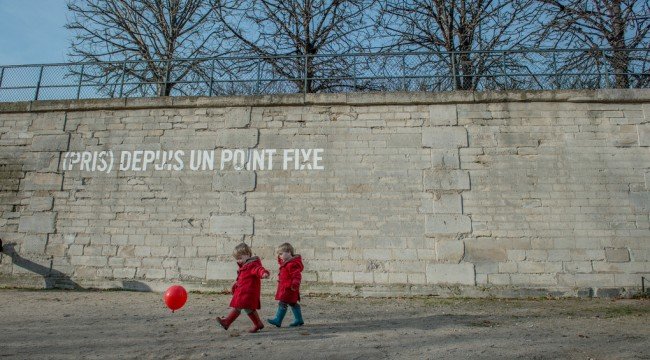 The Best Things To Do In Paris With Kids

Tips From Our Paris Photographer

Paris is a wonderland for kids and adults alike, but just because a particular place is delightful to Mum and Dad, it doesn’t always mean that it’s also great for the kids! Many places in Paris have traffic, small footpaths, precious objects that mustn’t be touched, and things that just plain aren’t interesting to little ones.

But luckily there are some beautiful secret spots to take children in Paris that will not only keep them entertained, but also give you a unique perspective and striking setting for your holiday snaps. 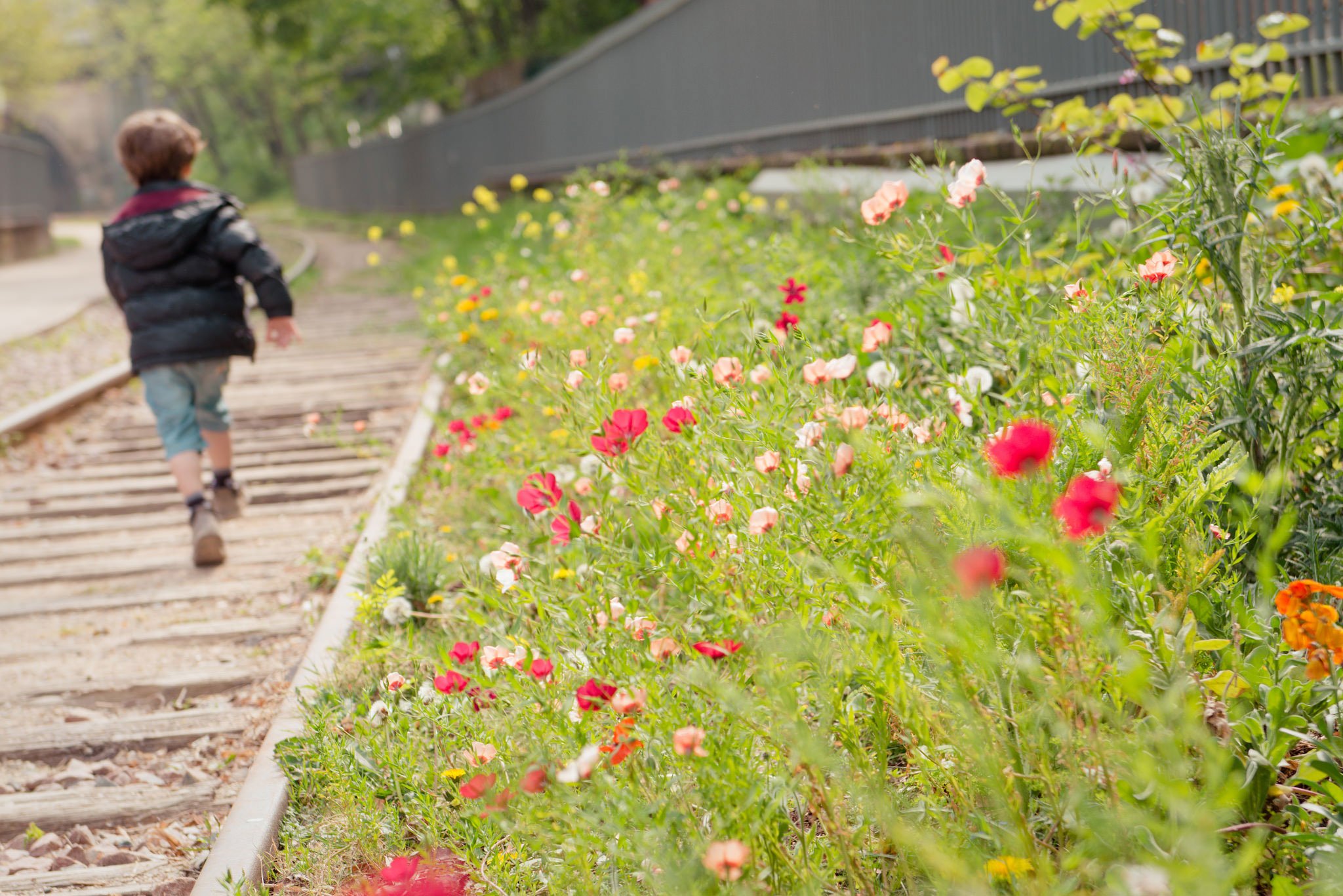 This is the quintessential location for photographing the Eiffel Tower, but did you also know it has an amazing range of activities for kids? Depending on the season and the time of day, you can find puppet shows, shetland pony rides, car racing and three playgrounds. If you want to bring along your own equipment, there are also ping pong tables, and plenty of places to play petanque. If you want something simpler, just grab your own picnic and settle down in one of the charming little gardens spotted around the perimeter of the main paths. Even better, no matter what you’re doing, your photos will be beautifully French, with the Eiffel Tower in one direction, and Ecole Militaire in the other.

Park Monceau was originally created as a playground for the Duke of Chartres in 1778, and he set out with the intention of creating a playful wonderland for the public. In the Parc Monceau you will find impressive old trees, a pyramid, a totem pole, a Venetian bridge, a Chinese fort, a Dutch windmill and Corinthian pillars, which will enthral children as well as look great in photos. But the best thing about the Parc Monceau is the relaxed sense of childhood magic that pervades the place. The grass is not cut as it is in other Paris parks, which gives it a wild feel. Children freely climb all over the monuments and the trees.

On the outskirts of Paris but still accessible by the RER, the Parc Sceaux has one of the most breathtakingly beautiful, yet accessible, chateau parks. The playground itself is an adventurous wonderland, with equipment made from smooth sculpted wood and hidden in tree-swathed hideaways, but everywhere on the extensive grounds you can find exquisite places to picnic, ride bikes, watch the water features or just enjoy the sunshine.

This abandoned railway line runs for more than two kilometres along the south part of the 15th arrondissement, and has been renovated while still respecting the essentially wild nature of the track. In spring the path is a profusion of wildflowers and nettle (watch out for little ones who wander off the track!) and in parts you can see over Paris streets, while in other parts pass through tunnels. If you’ve got kids who are tired of sitting in cafes and walking through museums, it’s a delightfully rustic place to take them for a breath of fresh air.

This garden is well-known for its beauty, and is wonderful for children wanting to roam. There is a playground and a carousel, as well as a lake to sit by and feed the ducks. There are also games to be had in collecting chestnuts, kicking a ball or visiting the occasional farms and gardens that pop up within it.

My favourite photo opportunity that also really thrills children is climbing the Eiffel Tower. It’s a lot of steps, but excited children won’t mind it, particularly when they get to enjoy the view from above!

Another well-known garden, but perhaps not as well-known as it should be, the gardens of the Palais Royal are peaceful, with plenty of tucked-away benches and a sunny lake to feed ducks or read by. Right beside the gardens you will also find the Columns, which are a crazy collection of different sized, black-and-white candy-striped columns which make fun photo opportunities, atop rushing water channels which can be distinctly heard from above. The whole area is an utterly unique place for kids to explore, and to take experimental photos at the same time!

The Opera Garnier is an architectural wonder, and you can do self-guided tours through the building not too expensively. Children and adults alike will marvel at the breathtaking gilded rooms, elaborate doorways and ceiling artworks of this iconic building. Taking photos can be tricky, as many rooms are low lit, but you are nonetheless welcome to take private photos there, and it can make an amazing memory of your trip.

This striking building is crowded by tourists at its entrance, which looks to the south over the whole of Paris. But at the east side of the building, you will often find practically nobody, and it’s a great way to photograph children with the building as a feature. Right beside it, there is a charming park, green-covered archway and playground (with sandpit). The local Montmartrois children often bring along a piece of cardboard and use it to slide down a faux-grass slope, keeping them occupied for hours.

Les Berges is the playground of Paris, allowing pedestrians, bikers, rollerskaters and scooters to move from the Eiffel Tower all the way to Saint Michel without having to be alongside road traffic. This stretch of pavement beside the Seine has been filled with rotating and seasonal activities: in winter, gigantic tents are erected with ping pong lessons, board games and beanbags. In summer, Zumba flash mobs, yoga heads and diners can contribute to the holiday ambience. All year round there are plenty of things for kids to do, including a giant chalk board, rock climbing walls, nautical playgrounds, and games painted into the walkway. 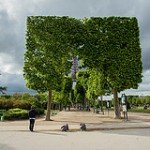 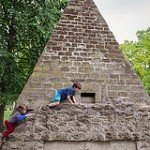 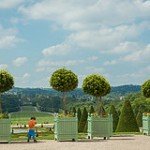 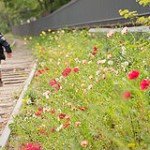 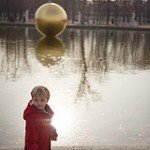 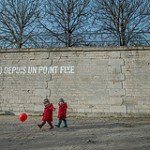 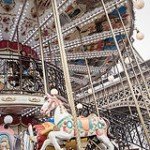 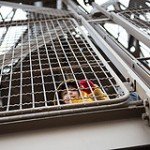 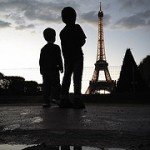 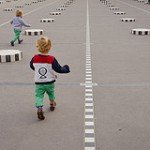 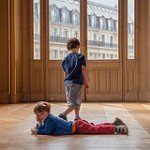 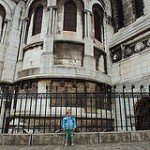 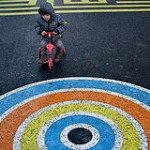 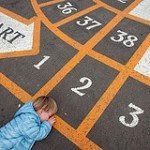 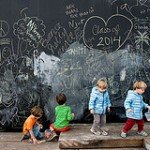 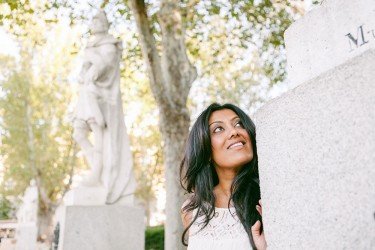 Birthday Girl Feels Beautiful With Gift Of Photos In Madrid

Beautiful Birthday Memories With Our Photographer In Madrid Madrid is a romantic city, filled with light and classic beauty....