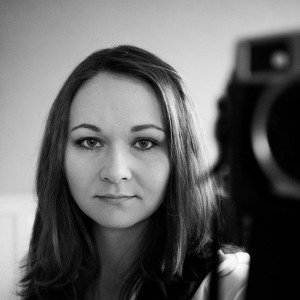 Cassie is an American photographer, raised in central Wisconsin. She now lives in the Netherlands with her husband and daughters.

Cassie began working as a professional photographer in 2008, first starting out as a second shooter and then eventually shooting on her own as an independent photographer.

Her photographic works spans from ​food photography editorial, commercial, portraits & event photography.
Her mother language is English. She has  a basic understanding of Dutch and some Italian.

What do you love best about your city?

Amsterdam. The city is large and international. I love the variety in architecture, the many canals and the romantic beauty of the city. I have travelled all around Amsterdam and I fail to tire from its beauty and charm. The Dutch are very patriotic and their royal city reflects their history and rich past. Nothing beats a day when the sun comes out to shine on the canals and winding streets.

Rome is the city where my husband grew up. My love for Rome is in the people, architecture, art and of course, the food. It is a gorgeous walking city with frescoes and sculptures tucked away in unexpected places, cathedral, chapels and churches hidden in every neighborhood and the ancient melding with the new. The culture of the Romans is strong and its reflected in their food, made of the best ingredients from one of the most beautiful places in the world.

Why did you become a photographer?

I was first impressed to begin making photos by an older girl in high school.  She was enrolled in photography class and I realised how amazing it was to have the connection between the camera and the darkroom as an artist; I watched as she went all over town with her camera.  The next semester I enrolled.  From then on, photography was a hobby until I had a trip abroad to Paris in 2004.  I shot eleven rolls of film on a Nikon N65, printed them and showed them to my boss at the bank where I worked.  He was the first person who told me, and whom I believed, that my photos were impressive and that I “could make something from this.”  Of course, I laughed because I had no idea it was really possible.  Two years later, I finally gathered my courage and and some images and send my portfolio and resumes to local photographers; I was looking  to learn from a professional and become an assistant.  Within a week I was hired and the rest is history.  Photography is my passion.

Three words to describe your style of photography:


TripShooter Is Changing The Way You Remember Vacations